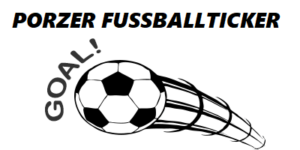 Jay Fitzpatrick and Aidan Johnson presented the fans a great event – Fans enjoyed 8 live bands in two days to the full – Crowds from all over Europe flocked to the Glasgow Classic Grand!

Jay Fitzpatrick and Aidan Johnson presented the fans a great event – Fans enjoyed 8 live bands in two days to the full – Crowds from all over Europe flocked to the Glasgow Classic Grand!

From our Quo-Reporter Werner Kilian

What was that awesome weekend? If you can believe the gods, then even the football stops before the name „Status Quo“. So

also last weekend, where there was a remake of the legendary McVention in Glasgow, Scotland, another big Status Quo fan meeting. In all European football leagues rested football, evil tongues even claim that it was only the McVention guilty. So far so good. The Quo fans could only be right, because they were offered another unforgettable rock weekend. And what was even more beautiful: they could all together toast the 70th birthday of the much too early deceased Rick Parfitt.

The only thing that was not true was the rainy cold Scottish weather, which especially caused

the German friends. It was a welcome celebration, especially as you have to wait for the big fan convention in Butlin’s 2019, the mother of all meetings, for almost a year (27th-30th September 2019). But before we go over the McVention, we need to say a few words about the organizers Jay Fitzpatrick, Aidan Johnson and the whole organizing team. What they all planned and achieved in the 12-month planning phase deserves the highest respect.

Above all, the young Jay Fitzpatrick, who was a few years ago, a little nervous, shy and with excited red cheeks-boy, with the Scottish tribute band „Status Quoing“ on the stage. Today, the guy has grown up properly and in addition to the organizational talent, he has developed his guitar skills incredibly. He scraped the Parfitt riffs with incredible ease as if he had never done anything else in his life. And a day later, he also puts on the drums of „Heavy Traffic“ and set the pace there. What talent does this young Quo guy have?

The McVention makers came up with a fantastic program. The tribute band „Ma Kelly´s Boys“ made the start on Friday evening.

Even before the first riff of Frontman Oil Slick Mick (OSM) you could feel the hot rock air right, that the whole Quo-pack was just waiting, that it finally started. And then the time had finally come: Together with Bob Bates, Den van Diesel and The Reiver, the band presented the fans the classics from the golden Status Quo years of 1970-1976 with the legendary albums „Ma Kelly’s Greasy Spoon“ to „Blue For you“. The beginning was made and the fans were excited.

Immediately afterwards came the English tribute band „Quo-No UK“. And they came straight to the

stage with a very special outfit – with wigs. And it was exactly these wigs that somehow turned them into the ’70s Quo years. Whoever was in the back of the completely sold-out hall, should not have been amazed at the first sight of the band, the similarity with the then long-haired FF-Quo was amazing. Jonny „Rick“ Hall, Mark „Francis“ Hutchinson, Nigel „Alan“ Jewell and Jason „John“ Hearn made the Frantic Four series continue their steam and brought the fans to a boil. The likeable boys from the South West of England („The Bastards of Devon“) were then rightly passed with big applause storms.

The little break was very welcome for the fans. Time to cool down with a beer, a coke or a water and put your feet back. Because

in the pack you were automatically drawn into the typical headbanging and the air guitar position became the standard. But also time to greet old Quo-friends who had not been seen for far too long.

Then the bell rang again for the next tribute band „On the Level“. Again, the band needed only a few riffs and you

had the screaming pack behind them. Jacky, Shaun, Dave & Al were literally carried on a cloud and honed the waiting fans more classics from the earlier years around the ears. Slowly but surely some fans had to pay tribute to the hellish FF-speed and stole away from the crowd. Since then, but then went to the health, even if some classics put the mind a little bit crazy.

At the next stage rebuilding phase one saw some fans searching in vain for friends who had not yet found their way to the Classic Grand. That had reasons, because at the airport in Bristol several Quo-friends were stuck, where the flights were canceled due to the weather and the trip was first unpleasantly interrupted or even ended. What a shit. Others took long journeys by car because they wanted to be there. For many Quo-friends, these meetings have become very important, as they carry the work of our great idols ever further and further.

The Friday graduation was then „Baz Barry’s Spare Parts“ with the legendary Baz Barry. Already on entering the stage, the founder of „Predatür“ got a long and heartfelt applause,

because the fantastic musician had had to endure a long time of suffering, the outcome of which was not clear. That’s why the bearded Baz had a real Home-Match here in Glasgow. Together with the Predatür members Jack and Stevie and our young Quo-guy Jay Fitzpatrick they presented further Quo-Tracks from the years 1968 to 1974 and rounded off the first part from all around.

Then the first day was over and many of the slightly older generation of Quo fans crawled more or less out of the Grand Classic hall, as a little bit of bone trouble came up in one or the other. The great across many national borders existing Quo-friendship was then then maintained in other pubs and cafes and so many Scottish beer ran down the dry throats.

Also for the second day, the organizing team Fitzpatrick & Johnson had once again set up a fantastic program. This time it was

Stevenson shot off the bird, because he not only appeared in the typical Rossi outfit on the stage, but also imitated his great role model so exactly that you could not get out of amazement. And in the second and third rows, a throng of young teens had formed, cheering on their Rhys, revering them, and making a great deal of screaming. „Heavy Traffic“ with Jay Fitzpatrick, Gary Aitchison, Stephen Blair und Rhys Stevenson was the brilliant beginner and presented a great show to the audience. In the Quo-Family one will be glad and also proud that there are obviously such great dedicated guys who will carry the music of Status Quo into the world in the future.

Mention must also be the endearing support for the well-known Shona Smile Foundation. Jay and Aidan handed the Foundation a £ 1,500 check, which also honors the Charity. Furthermore, with the legendary Mike Read, they brought a proven man on board, who expertly guided the event with all his experience and authority.

and a tribute to the legendary Bon Scott. And Laura McFettridge fully lived up to her role as a vocal rock guru. With Derek Waters, Stephen Johnston, Kenny McCabe and Gerry McDade she had first-class musicians around her, so that the Glasgow-based band was fully meet all rock fans.

The next break was then again very much right for many fans, because now stood with the Quo tribute band „State of Quo“ one of the legendary and best Quo Coverbands on the entire island in the house. Founded by guitarist Paul Carr in the ’90s, the band stands for the presentation of the entire‘ 70s albums from Status Quo to the new millennium. With Dave Owen, Brian Smith and the legendary Ian Hill, this band has an incredible quality and can count itself among the best of the best. And that’s exactly what the many McVention visitors were presented with, of course, the ultimate climax of a 20-minute version of „4500 Times“. At the latest, every Quo fan hovered in 7th heaven and rocked to the hard end.

The culmination was the Swedish rock band „Sound of Status“. The sympathetic Swedes turned

the „Butlins Convention 2017“ upside down last year and turned into the top tribute band in Europe. In addition to the typical Frantic Four hits, the band had also lesser known pieces of Quo

in the program, decorated with other songs from their new album „Rough Business“. For „SoS“ it was also the starting signal for the upcoming UK tour, where they will inspire their audiences in different cities in the next few days. Then it was over and everyone left the event with a satisfied feeling and the certainty that, in addition to the „Butlins Convention 2019“, there will also be a remake of this incredible „McVention“ in 2020.

What remains? A big thank you to the organizers, to everyone who helped and of course to all

Quo friends who could be celebrating the 70th birthday of our always beloved and unforgotten Rick. I’m sure he watched us from up there. Thank you for the flourishing of the many friendships and especially for the merger of the big Quo-Family. And if the creators manage to make sure that it does not rain on both days in two years, then the Quo-Paradies in Scotland is not far away … (WK) 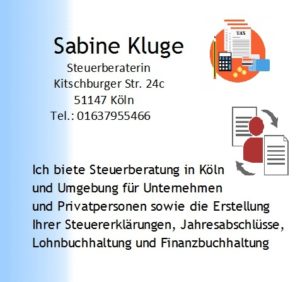 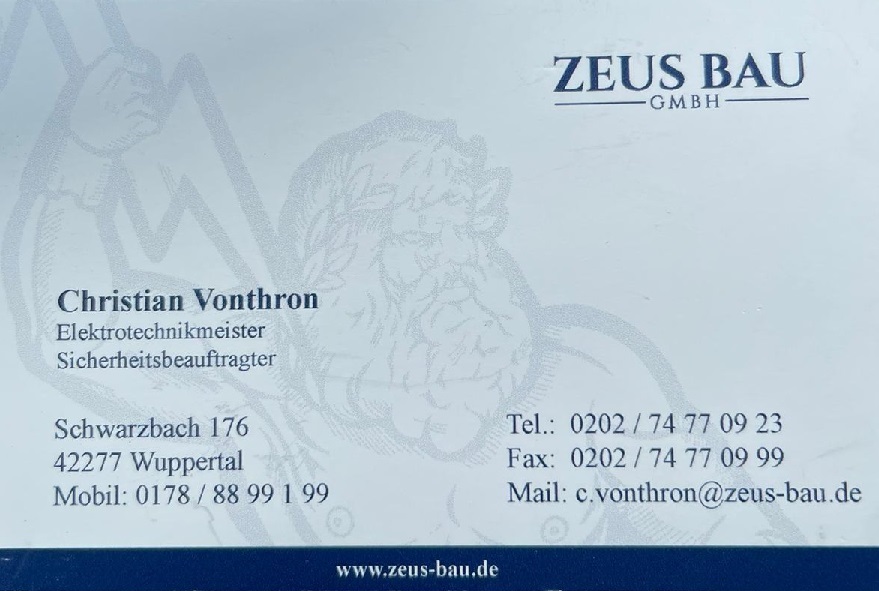 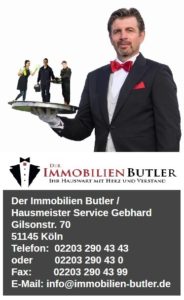 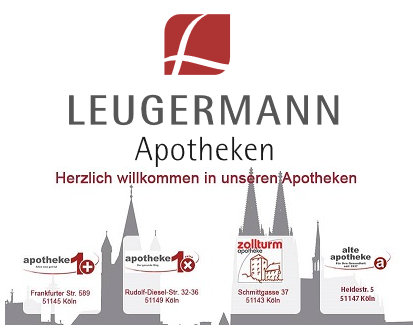